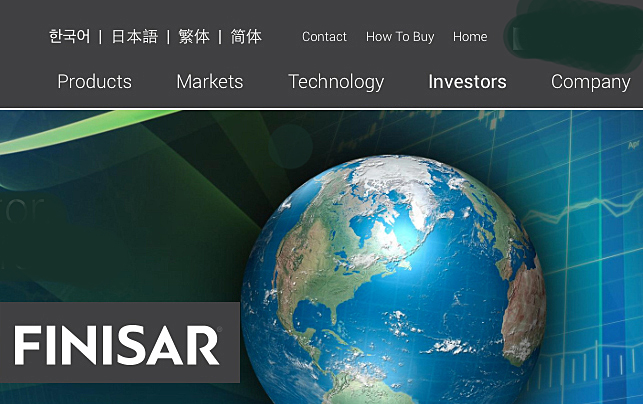 Optical shortwave technology is enabled by vertical cavity surface emitting lasers (VCSELs), which are the most cost-effective lasers used in data centre interconnections. VCSELs have been widely deployed at data rates up to 10 Gbps, and these deployments have driven large-scale installations of duplex MMF in enterprise and cloud data centres.

A common technique to increase the data rate beyond 10 Gbps is the use of four parallel VCSELs, each running at 10 or 25 Gbps, transmitted over ribbons of parallel fiber. This technique requires eight fibres instead of two: four to transmit and four to receive. Installing such parallel fiber can represent an expensive overhaul to the fiber plant in the data centre due to the need for increased fiber capacity in the trunk and also new patch cables to the optical modules.

By contrast, SWDM technology allows users to leverage their installed duplex MMF at 40 or 100 Gbps, using four VCSELs operating at different wavelengths multiplexed onto a single strand of MMF, thereby requiring only one transmit fiber and one receive fiber. This provides the ability to migrate from 10 to 40 or 100 Gbps, while minimizing overall power dissipation and maximizing transmission distance.

SWDM Alliance to Support Deployment of Shortwave Wavelength Division Multiplexing Technology for Data Centre technologies to maximize the utility of those duplex deployments is an example of how equipment providers can offer innovative, cost-effective upgrades to the higher data rates that are now required.”

More information about the SWDM Alliance can be found at http://www.swdm.org.