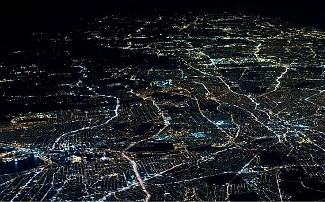 The Infinera team and AJC rerouted over 400 gigabit per second of traffic from the impacted AJC section to alternate paths on the AJC optical fiber ring configuration. The rerouting utilized the capabilities of the Infinera DTN-X platform featuring Infinera’s new on-demand Time-based Instant Bandwidth technology. The rerouting of the lost traffic was able to commence within minutes after receipt by AJC of the Time-based Instant Bandwidth license. This avoided a route outage while the cable repair ship was mobilized, transited to the repair site, and implemented in the challenging deep water repair.

AJC is a private submarine cable network and operates a 12,700 km link from Sydney to Tokyo via Guam. AJC experienced a subsea fault affecting services operating on the optical fiber route between Maruyama, Japan and Tumon Bay, Guam, including services on the Infinera DTN-X and other vendor platforms.

Using Infinera’s new Time-based Instant Bandwidth technology, AJC in collaboration with Infinera was able to quickly respond by activating network capacity over an alternate route consisting of one terrestrial and two subsea AJC segments to recover over 400 Gb/s of affected traffic. With this new technology, AJC was able to activate new capacity on an alternate AJC route because of the system’s unique ring-based architecture and recover all of the traffic being carried via Infinera equipment.

“AJC’s top priority is ensuring maximum availability in network services for our customers,” said David Crofts, AJC CEO. “Our partnership with Infinera underscores Infinera’s incredibly rapid response but also highlights the value of operating a network based on PIC technology, the DTN-X and Infinera’s unique Time-based Instant Bandwidth capability, which enabled us to deploy software activated bandwidth incrementally in a very short period of time.”