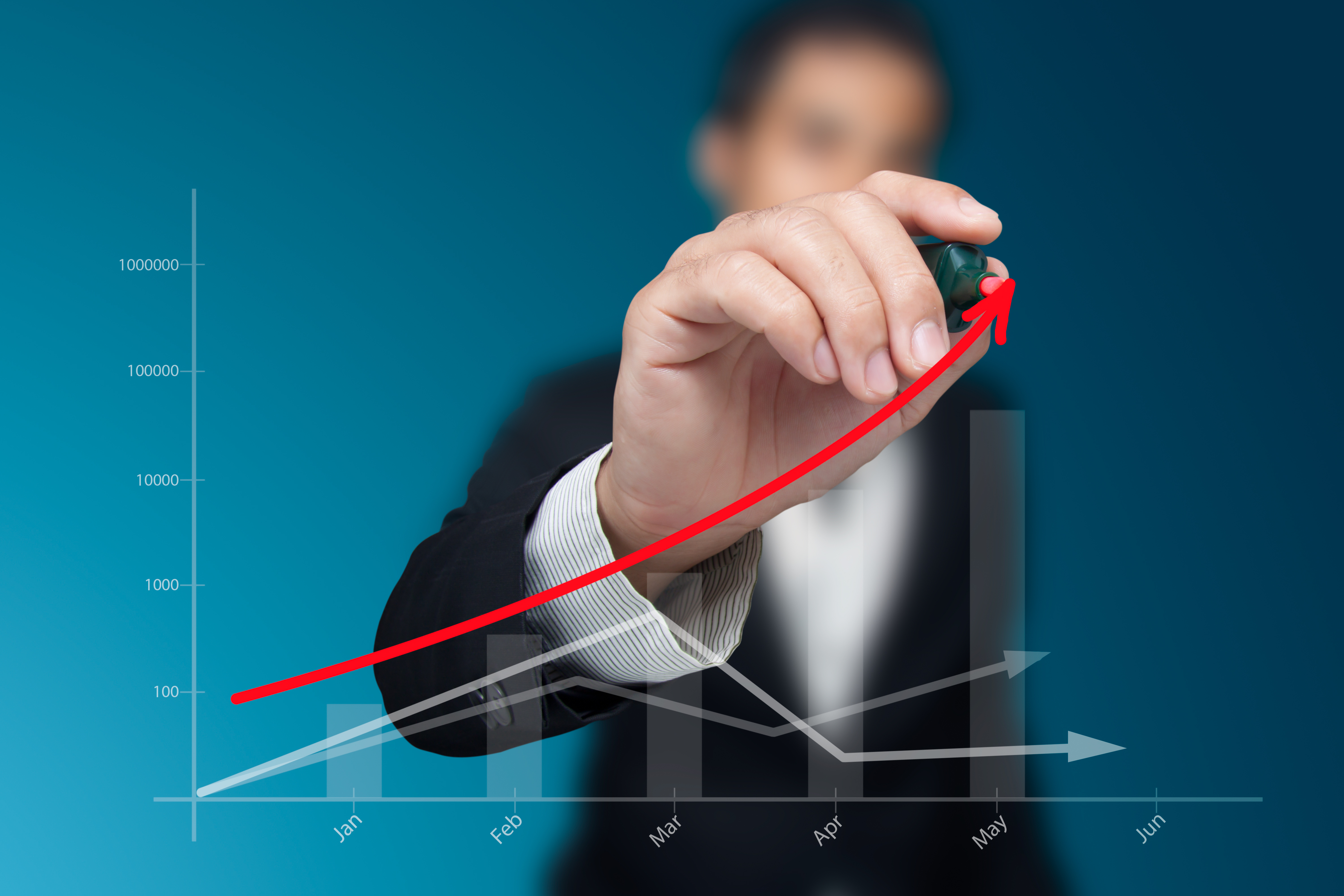 This year sales of 100G optical network technology are expected to top $1 billion for the first time – they already hit this number on an annualized basis in the first quarter of 2013 (1Q13), according to the latest market report from Ovum.

The general outlook for the optical networking equipment market is less settled, however.  Although better times are expected, Ovum says that overall market growth “remains difficult”.

“While it is not uncommon for the market to decline going into the first calendar quarter, the decline is worrisome as this is the fifth straight time the market has declined versus the prior year’s quarter, and quarterly revenues are the lowest they’ve been in six years,” says Ron Kline, network infrastructure analyst at Ovum.

Kline continued: “On the bright side, 100G continued to show strong growth both sequentially and year over year. 100G port shipments in 1Q13 grew 41 percent and revenues grew 24 percent versus 4Q12, with annualized revenues surpassing $1 billion for the first time. Twenty vendors shipped 100G for revenue in 1Q13 and more are slated to enter the market throughout the year.”

Ovum’s analysis indicates that sales of next-generation converged packet-optical transport systems, including OTN switching gear, also grew versus the year-ago quarter. However, annualized sales of 40G gear declined for the first time, indicating perhaps that the 40G market is starting to slow as vendors price 100G aggressively, the company suggests. 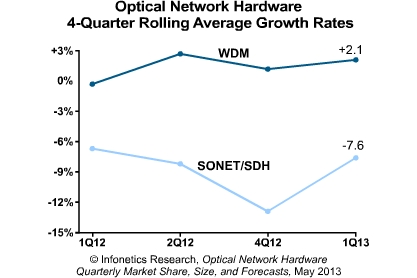 Infonetics Research, which also released a 1Q13 optical network hardware report, was more optimistic about the market prospects. On a year-over-year basis, Infonetics found that total optical spending was down 5%, but says this is only a result of massive cuts in legacy (SONET/SDH) spending over the past 12 months – spending on legacy equipment is down 30 percent.

“The WDM segment is up 10 percent year-over year, a welcome sign that spending in this more relevant segment is returning to long-term trend levels,” said Andrew Schmitt, principal analyst for optical at Infonetics Research. “I won’t call it a recovery until WDM revenue is up by double-digit percents for several quarters on a year-over-year basis, but 2013 is looking good, especially in North America and China, where 100G rollouts are picking up speed.”

This article was written
by Pauline Rigby


View other posts by Pauline Rigby